Integrative oncology consultations are a sophisticated part of the practice at Pacific Medical Center of Hope. The consultations are requested either by patients or physicians and it includes detailed genetic, nutritional and metabolic components of cancer integrative therapies. For most of the patients this is a critical step as the conventional method of treating cancer lacks most of it and if left unnoticed it can impair the optimal care. For example, a patient who has increased signaling pathways for insulin will less respond to any conventional treatment unless treated accordingly. That is why the treatments are targeted to every individual genetics here.
One of the most common reasons that patients with cancer relapse is for the very same reason. They receive all methods under conventional world and they relapse. The disease comes back because the care was not originally individualized.

Dr Nezami who practices integrative cancer therapies, provides consultation services to other physicians and even oncologists who inquire about a difficult case. This will include detailed information on the prognosis and expected behavior of the tumor and the future expectations and recommendations based on the specific testing results. He uses cutting edge literature that are evidence based and is often reported on the genetic evaluation of that individual case. Such customized care is almost always unique.

The importance of this kind of evaluation is that now, the patient can understand the concept of specific treatments and what she or he will expect in the future. The treating physician also comprehends the nature of the integrative perspective of care.

Following is a sample of a report that he provided a patient with recurrent aggressive ovarian cancer, when there was confusion on the treatment response and the already available/ offered treatments failed to optimally control the disease progression:
​

PDPDGFC over expression:
Recent studies have linked PDGFC expression with chemoresistance to cisplatin in head and neck cancer and shown that PDGFC expression by tumor-associated fibroblasts might mediate tumor refractory effect to anti-VEGF treatment, supporting the role of this gene in influencing ovarian cancer and treatment response .

MSH2/PCNA:
The treatment of ovarian adenocarcinoma has improved over the last 20 years owing to the combined treatment of cytoreductive surgery and chemotherapy . Although the response of the primary tumor to taxane and platinum-based chemotherapy is high, about 20% of patients never achieve a clinical response and the majority of the patients will relapse.

If it would be possible to predict primary platinum resistance, patients might be spared an ineffective but toxic platinum-containing therapy and might benefit from an early therapy with different drugs. Recently, several molecular profiling studies, including our study, have revealed gene sets that can predict response to platinum-based chemotherapy in ovarian cancer. We discovered a nine-gene set which predicts response with a sensitivity of 89% and a specificity of 59%. One of these nine genes was proliferating cell nuclear antigen (PCNA).
PCNA is a DNA sliding clamp that interacts with several proteins involved in cell cycle control, DNA methylation, DNA replication and DNA repair including mismatch repair

EPHA2 overexpression:
This increased expression was associated with high tumor grade and stage as well as decreased overall survival. We have also demonstrated that increased EphA2 expression in ovarian cancer samples is strongly associated with critical factors involved in angiogenesis and invasion such as greater microvessel density and higher matrix metalloproteinase (MMP) expression.

PTGS2 over expression correlating with carcinogenesis and prognosis

1.) Discontinue the prometrium, Although your Caris report recommends using progesterone,  to lower your ER, you have a 15 percent population of the cells that are PR positive on your sample. They may be responsible for activating the relapse

2.) Unfortunately your cancer is very dependent on local methylation of suppressor genes. That is revealed on your genetic biomarkers by over expression of DNMT3A.

You need to keep this in mind: AVOID ANY B12, or FOLIC ACID. ( I hope you already are doing this) because B12 and folic acid can be detrimental in your case.

The treatments that you receive here will certainly lower this. I recommend that you start fever few ( is a supplement you buy and take as much possible) along with hydralazine 25 mg a day. This is a medication that is used for hypertension but it has demethylating effects.

There is some evidence from other cancer sites that phytoestrogen intake may affect methylation. Day et al 136 reported gene-specific increases in prostate DNA methylation patterns among mice treated with a diet high in genistein compared to mice on a control diet. Several studies also have shown that genistein, lignans, and other related soy isoflavones can reverse hypermethylation and reactivate the silenced genes, including RARβ2, p16, MGMT, GSTP1 and BTG3 genes, in esophageal, breast and renal cancer cell lines 137–140.

You may also consider chelation with EDTA as it blocks MMP.

5.) You need to use PARRP inhibitors along with your chemotherapy especially if you will be using Platinum. You have over expression of PARRP1 and you need to take Niacinamide as much possible.

6.) Are you taking salsalates? If not you will need to start right away on 1 gram , three times a day of Salsalates. You have over expression of COX correlating with PTGS2 overexpression. Read below: http://joe.endocrinology-journals.org/content/198/2/281.full

7.) Chemotherapy choice: I always recommend that you follow up with your oncologist.

However I am excited to provide following literature in regards to your care:

Please read below from:

The combination of decitabine and carboplatin appears to improve the outcome of women who have late-stage ovarian cancer. In an upcoming issue of the journal Cancer, Indiana University researchers report four of 10 patients who participated in a phase 1 clinical trial had no disease progression after six months of treatment. One patient experienced complete resolution of tumor tissue for a period of time.

Advanced ovarian cancer is often diagnosed too late for treatment to be effective. Patients are often told they have virtually no chance of recovery and only months to live.

Women participating in the study were between 51 and 71, and had previously exhausted all approved treatments for ovarian cancer. They enrolled in an Indiana University Melvin and Bren Simon Cancer Center clinical trial designed to increase their sensitivity to the commonly prescribed ovarian cancer drug, platinum-based carboplatin.

Women with ovarian cancer usually survive less than one year after they become resistant to carboplatin and their cancer recurs, said co-principal investigator Daniela Matei, M.D., an associate professor of medicine at the Indiana University School of Medicine. Matei led the clinical portion of the trial.

"Carboplatin is the most efficient drug therapy for ovarian cancer," Matei said. "Unfortunately, patients with recurrent disease become resistant to the drug after one or two rounds."

Decitabine as first used to treat the study patients intravenously daily for five days followed on the eighth day with carboplatin. After a month, the regimen begins again.

Six months after the trial began, four of the patients had no disease progression. At eight-and-a-half months, seven patients were alive (and at press time, still alive). Cancerous tissue in one of the patients shrank completely.

Encouraged by the results of the phase 1 trial, which determined the safety of two different dosing regimens, a phase 2 trial is now under way with 17 patients already enrolled. Phase 2 trials are primarily focused on assessing the effectiveness of a drug or treatment protocol.

In a bid to resensitize patients to carboplatin, Nephew and Matei and co-investigator Jeanne M. Schilder, M.D., associate professor of obstetrics and gynecology in the Division of Gynecologic Oncology at the IU School of Medicine, turned to the DNA demethylating agent, decitabine.

Why trial patients were responsive to the combination of decitabine and carboplatin is not yet known, but based on the literature and an analysis of biopsy tissue and blood samples, Some suspect decitabine reactivates tumor suppression genes that are turned off in ovarian cancer cells.

One of the hallmarks of ovarian cancer is the aberrant methylation of cytosine, one of DNA's four nitrogenous bases. Methylation prevents DNA readers from expressing genes. Some of the silenced genes won't be terribly important, but some, like tumor suppression genes, are. Decitabine is a known methylation inhibitor that can help return tumor suppression genes to an active state, and also improve cells' susceptibility to anti-cancer drugs like carboplatin.

One hypothesis is that decitabine isn't just targeting active ovarian cancer cells, but also cancer stem cells that seem to survive the first treatments. By keeping tumor suppression genes from being methylated, carboplatin and other platinum-based treatments for ovarian cancer have a better chance of success in the late stages.

The researchers also reported that decitabine appears to have caused six of the 10 patients to become hypersensitive to carboplatin (a mild allergic reaction, treatable with steroids).

The two-drug treatment protocol is not approved for general use. The IU Simon Cancer Center is the only site for this clinical study.

As far as using Doxil, your genetics are favorable but only 15 percent of your cell population were positive for TOP2A and only one degree staining. TOPO1 is not better either.

Please understand that above statements have to be reviewed by your oncologist and is intended to assist him making the best choice for your care.​

Prognostic values in your genetic testing: 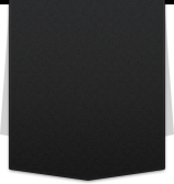